Season tickets are now available to purchase.
Single show tickets will be available at a later date.

The MAGIC of ABBA featuring ABBACADABRA 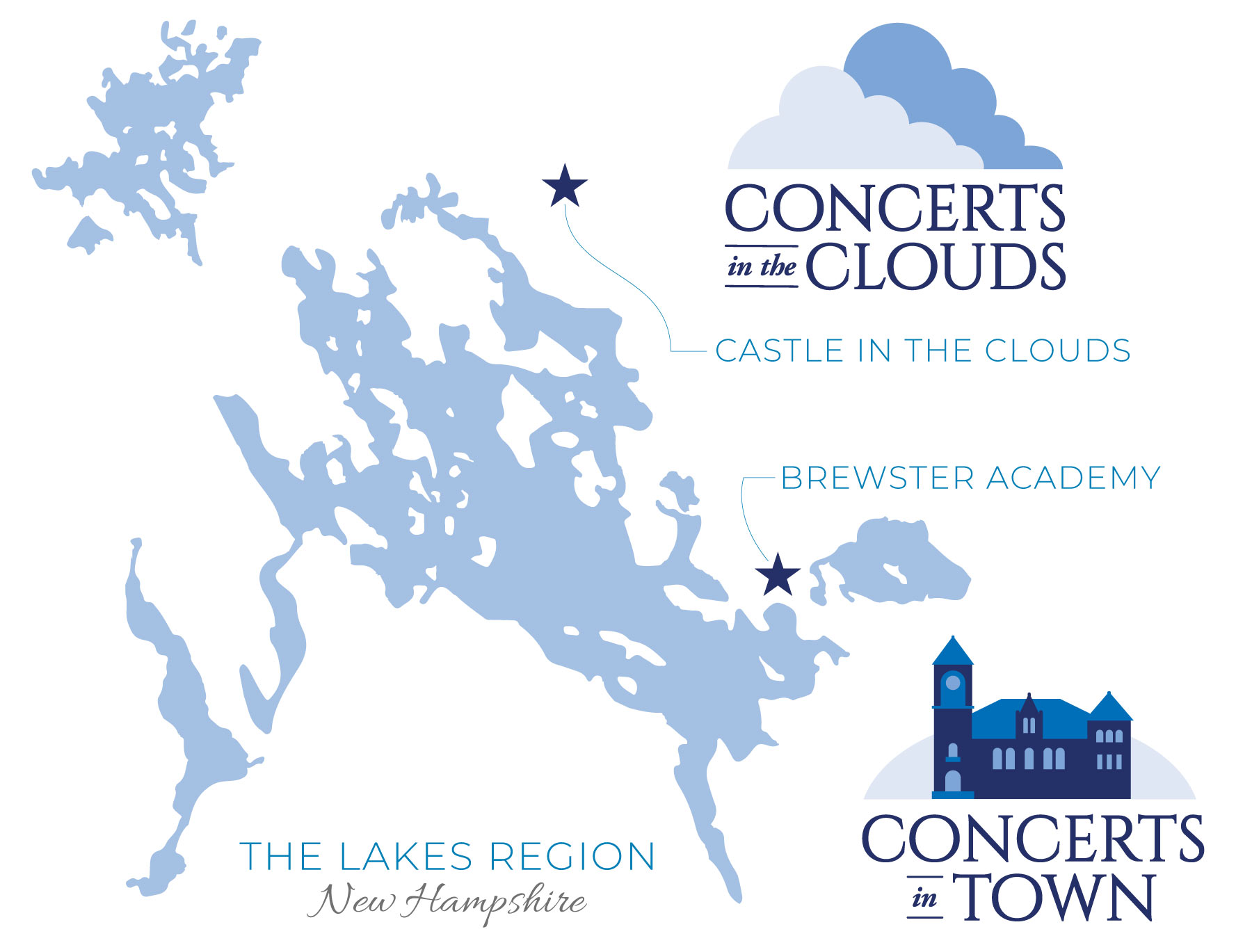 Showcasing one of the greatest voices of our time, Linda Eder’s diverse repertoire spans Broadway, Standards, Pop, Country, and Jazz. When she performs “live” in concert, it is amazing to experience the ease with which she moves back and forth from one genre to another as if she were gifted with the vocal ability to perform each genre as well as all the others.

(This show is not part of the season tickets package.)

Tickets will be available soon.

The Sweet Caroline Tour is a Neil Diamond Concert Celebration starring the #1 Diamond performer in the world – Jay White. It is without question the most authentic Neil Diamond Concert Experience on the planet. Conceived in response to Mr. Diamond’s retirement from the concert stage and the huge demand from audiences worldwide to enjoy the music of the Rock N’ Roll Hall of Fame icon in a live music setting, Jay and the dynamic Sweet Caroline Tour Band pays homage to Neil Diamond by performing the hits and beloved gems you know and love with the same energy and artistry Neil delivered over his incredible 50 year career.

The MAGIC of ABBA featuring ABBACADABRA

Relive one of the signature sounds of the seventies with “The Magic of ABBA featuring ABBACADABRA”. The Swedish pop group was one of the most popular musical groups of all time, and reached the top of the charts consistently between 1974 and 1983, and sold over 150 million records worldwide. Now the tribute band ABBACADABRA keeps the sound alive.

The group performs up to twenty of the Swedish Super Group’s hits to include:  Waterloo, Mamma Mia, Fernando, Take a Chance on Me, SOS,  Dancing Queen, and so many more………

Together with their backup musicians, it is an experience straight out of a nightclub in the heydays of disco.

With a cast consisting of stars from Broadway’s greatest rock musicals, as well as incredible Rock & Roll singers, Neil Berg shares the often unknown stories from the fifty-year history of the music that changed the world forever! From the progenitors of Rock and Roll in the 1940s, through the glory years of the ‘50s, ‘60s and ‘70s up until the MTV in the early ‘80s, Neil Berg’s 50 Years of Rock & Roll uses fascinating stories and groundbreaking music, with tributes to such important and iconic rock stars/groups/genres as Chuck Berry, Little Richard, Elvis Presley, Ray Charles, Buddy Holly, Bob Dylan, Frankie Valli, The Beatles, The Beach Boys, Motown, Aretha Franklin, The Who, Janis Joplin, Woodstock, Simon & Garfunkel, Carole King, Led Zeppelin, Elton John, Stevie Wonder, Billy Joel, Aerosmith, Linda Ronstadt, Bruce Springsteen, Eagles, Fleetwood Mac, Disco, New Wave, Journey and others!

Stars from the Original Broadway Cast of Jersey Boys

As original cast members of Broadway’s Jersey Boys, they took the world by storm. From the development of Jersey Boys, through their historic three-season run on Broadway, The Midtown Men are together again, doing what they do best: Sixties Hits with a Modern Twist. Tony Award winner Christian Hoff, Michael Longoria, Daniel Reichard and Tony Award nominee J. Robert Spencer are taking their sensational sound on the road, bringing to life their favorite sixties hits from the The Beatles, The Beach Boys, Motown, The Four Seasons and more.

Certified Diamond by the Recording Industry Association of America, Creedence Clearwater Revival’s Chronicle, Vol. 1 (1976) is a compilation that includes all the super group’s charted megahits including “Bad Moon Rising,” “Down on the Corner,” “Proud Mary,” and “I Heard It Through the Grapevine.” Classic Albums Live performs the album in its entirety, note-for-note and cut-for-cut, celebrating the best-selling album in the legendary American swamp band’s catalog.

We will continue to bring exceptional and outstanding performances to the Lakes Region of New Hampshire.

Seating under the open air tent at the Concert in the Clouds Series includes:
Sections Premier, Gold & Silver.

Lawn seating is General admission on a first come, first serve basis.
Bring your own chairs and please check the weather before buying tickets!
Please call with questions.

All sales are final.

One Night of Queen - Garry Mullen & The Works

Gary Mullen and The Works perform One Night of Queen, a spectacular live concert, recreating the look, sound, pomp and showmanship of one of the greatest rock bands of all time.

In 2000, Gary Mullen won “Stars In Their Eyes” Live Grand Final, as Freddie Mercury, with the most votes ever cast in the shows history. Since 2002 Gary Mullen and The Works have played to sellout crowds in the UK, USA, Europe and New Zealand. This show will ROCK you!

The International String Trio is a group of exceptionally talented musicians who pride themselves on their stylistic diversity. Employing their instruments as passports, the adventurous triumvirate unlocks the doors to a global array of tunes. This group does not disappoint—the trio’s riveting performances encompass a breathtaking range of styles, including Gypsy swing, old-time Appalachian laments, traditional Irish reels, celebratory klezmer, passionate tango, graceful French musette, and burning bluegrass. While steeped in jazz, they play intricately arranged music that leaves room for improvisation without focusing on it. Join us for an afternoon of hors d’oeuvres, refreshments, and desserts accompanied by a unique performance aesthetic sure to please all ages and musical tastes.

Want to Add ALL Our Events to Your Calendar?

For your ease and convenience, we’ve created an ICS file that can be added to most calendar programs (Outlook, Google Calendar, iCal, etc.). Each performance date this season with its location will be automatically added to your calendar. The event listing will be populated with all the information you need and a reminder to attend!

Step 1: Simply click the link below to download the file to your computer.
Step 2: Then, open your calendar program and import/upload it.

Purchase Tickets
Hailed as “the redheaded firecracker” (Stephen Holden, New York Times), Kate Baldwin was nominated for the 2017 Tony, Drama Desk, and Outer Critics Circle Awards for her performance as Irene Molloy in the 2017 Broadway revival of Hello Dolly! Kate’s new show titled How Did You Get This Number? features signature songs from her acclaimed career including Finian’s Rainbow, Giant, Big Fish, and Hello Dolly!
“We suppose there are some things that Baldwin cannot do, but over the past decade we have yet to see her be anything but superb,” says Steven Suskin of Playbill.  Join us on August 21 for a Broadway Spectacular! 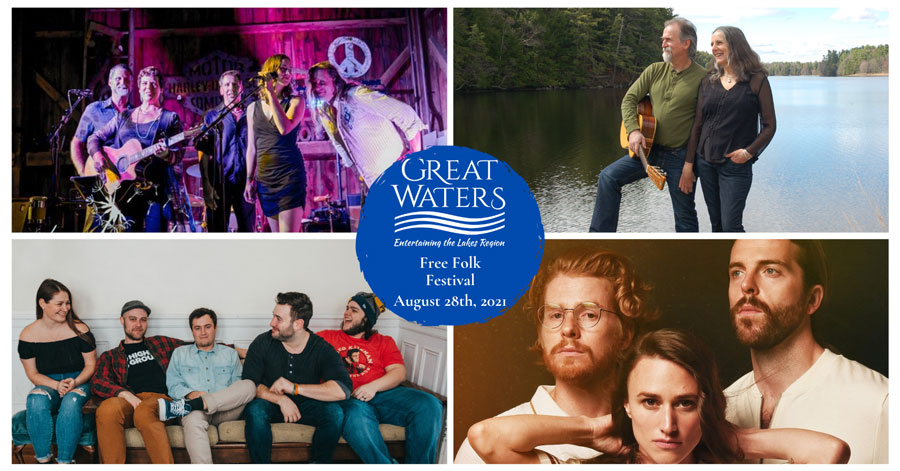 This event is a nod back to the “old days” when Great Waters hosted a 3-day folk festival. This 1-day FREE music festival includes The Ballroom Thieves, Susie Burke & David Surette, Co-Pilot, and the Carolyn Ramsay Band!

Seating is open and first come first serve. Please be prepared to bring lawn chairs or picnic blankets. Light food service will be available for purchase at Cafe in the Clouds.

*Tickets are now closed. Due to the safety of our patrons the venue is full.

It’s their unique brand of compelling and harmonious music, while never shying away from topics and ideas they are passionate about, that has charmed fans around the country.  Their catalog has amassed over 85 million streams, and they’ve gained a loyal live following, selling out shows and earning festival spots at Boston Calling, Newport Folk, Moon River, Mountain Jam, and Calgary Folk.  Ultimately, Unlovely sets the stage for The Thieves to continue to impact listeners everywhere. Calin “Callie” Peters (vocals, cello, bass), Martin Earley (vocals, guitar), and Devin Mauch (vocals, percussion).

After knowing one another for years, the group formally formed the band in 2012 with the goal of doing what they are passionate about and bringing music to central New Hampshire. Picturesque Wolfeboro, NH is home to CRB whose style of music mimics the beautiful environment. With roots in Rock and Folk music, their soulful style paints the songs they cover with their own brush leaving a joyful impression on their audience.

Copilot is a Retro Pop group from Boston, MA. The group is known for making melodic noises in a neighborhood near you. Since recording their debut album in an Air BnB with 17 of their closest friends and family the group’s vibe has been about making feel-good music.

The group describes their influence/sound as Lake Street Dive, Bahamas, & The Head & The Heart getting together for a musical play date.

Susie Burke and David Surette have made a name for themselves as one of the finest acts on the lively New England folk scene. Together since 1988, Susie and David have built a steady following for their own blend of contemporary, traditional, and original folk and acoustic music. Burke’s vocal style is at once stunning and heartfelt and is matched by Surette’s fluid fretwork. Both are well-respected within the folk music community, as is demonstrated by the fact that they have appeared as backing musicians on numerous recordings. Many of these have come out of the New Hampshire Seacoast area, where Susie and David are based, and which has a well-deserved reputation as a haven for folk and acoustic music.

They have released five albums since 1990 on the Madrina Music label, to the positive response from both critics and audiences. Their latest recording, a duo effort titled Waiting for the Sun, was released in 2015. Together, they bring skill, taste, feeling, and pure enjoyment to their music, and are bringing their music to an ever-widening circle of listeners. 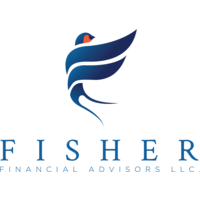